My Favorite Banana Pudding Cupcakes are based on the classic Nilla Wafer banana pudding dessert. A perfect banana cupcake filled with vanilla pudding and topped with a dollop of Cool Whip blended with pudding then garnished with a vanilla wafer… what’s not to love! 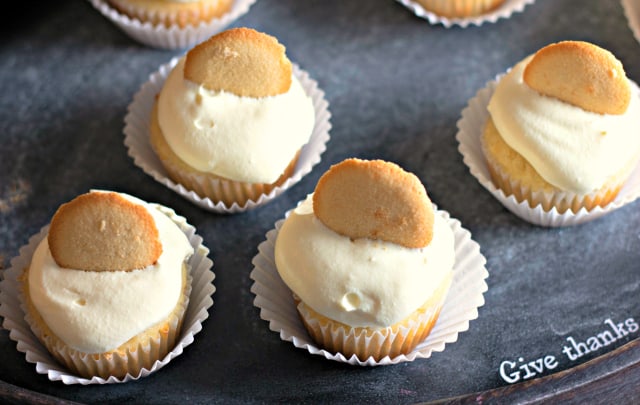 What feels like a lifetime ago (but only about 7 years), I was a lonely, broke young mom home with my toddler all day every day. I worked very part time from home and was living in an unfamiliar town in a really rough little duplex house. To cheer myself up, I baked.

At that time, the most requested dessert for any gathering was always my banana pudding. With that in mind, I created these absolute favorite banana pudding cupcakes. They were one of those little bright places in that difficult time of life.

I’m so thrilled to pass this recipe on to you! I hope they bring a smile to your face. 🙂

The bananas can be over-ripe, like what you would use for making banana bread. This is recipe is a great way to use up bananas that are past their prime!

Begin by creaming together butter and sugar until fluffy. 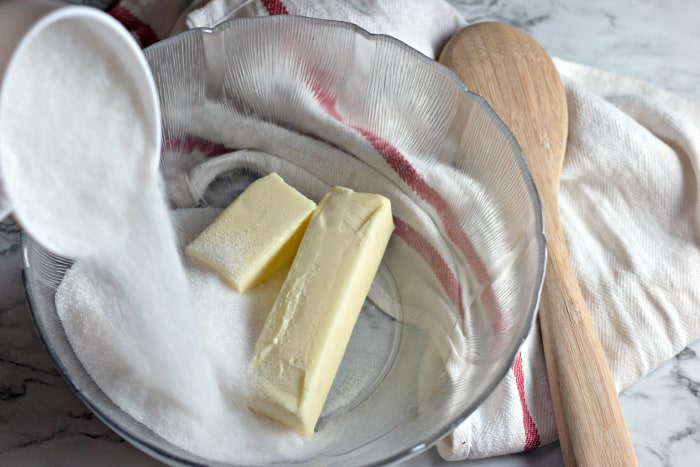 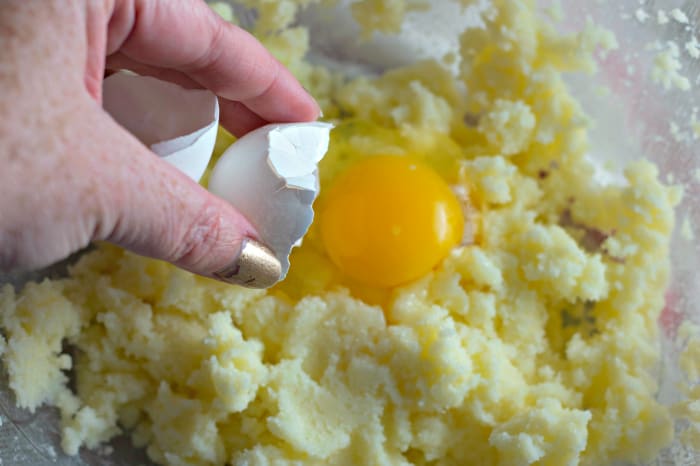 In a separate bowl, whisk together the flour, baking powder, and salt, then stir in to the wet mixture. The resulting batter will be a bit lump from the bananas. 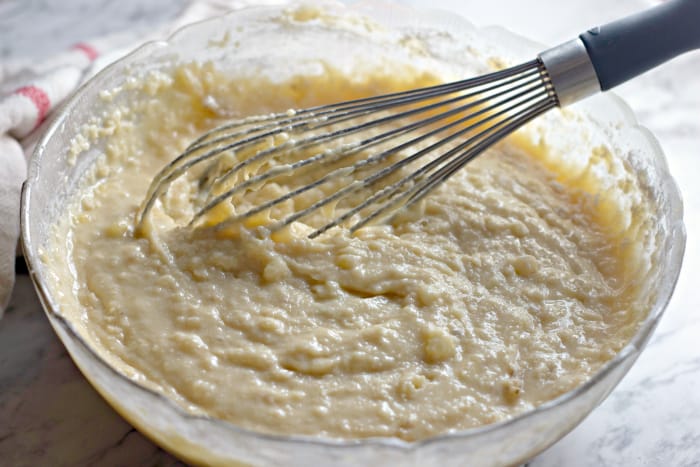 Scoop the batter into muffin cups and bake at 350ºF for 20 minutes. 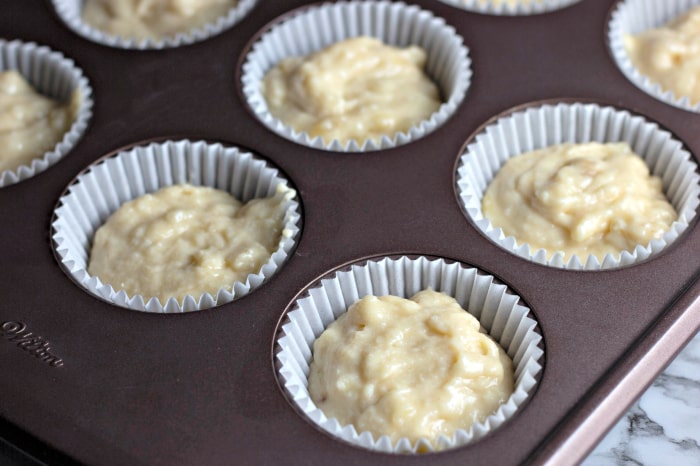 Once the cupcakes have cooled, use a knife to cut out a 1-inch circle in the center of the cupcake. Fill the cupcake with a teaspoon of vanilla pudding, then replace the removed circle of cupcake to cover the pudding filling. 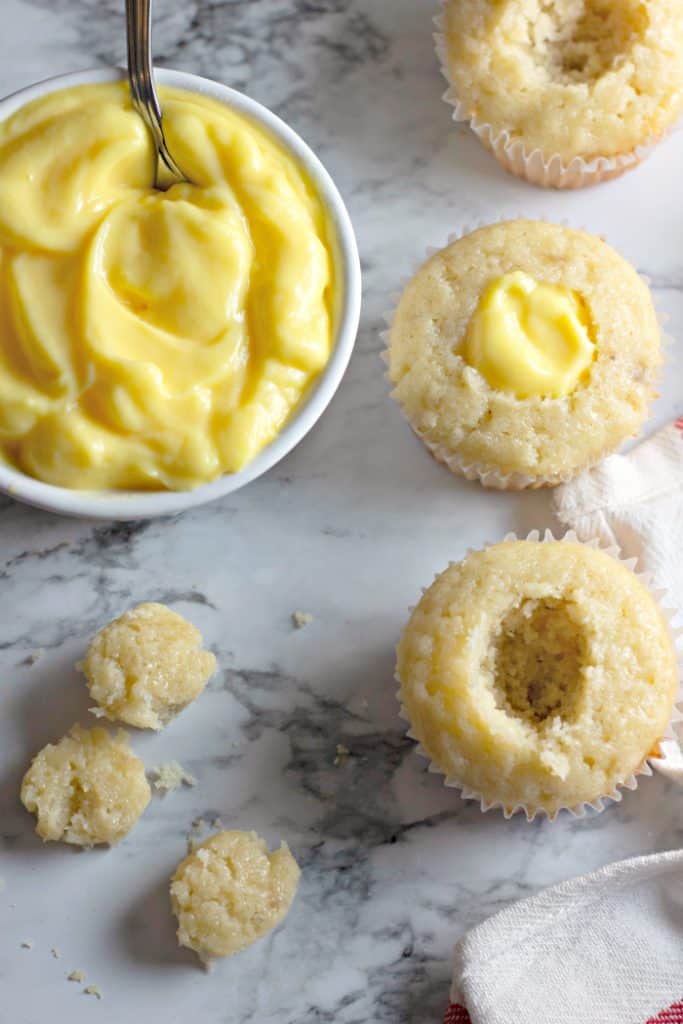 When I cut out the center of the cupcake, the piece I remove looks like a little cone shape. I cut the tip of the cone off to make a nice little round “lid” to put back on the cupcake, covering up the pudding filling. 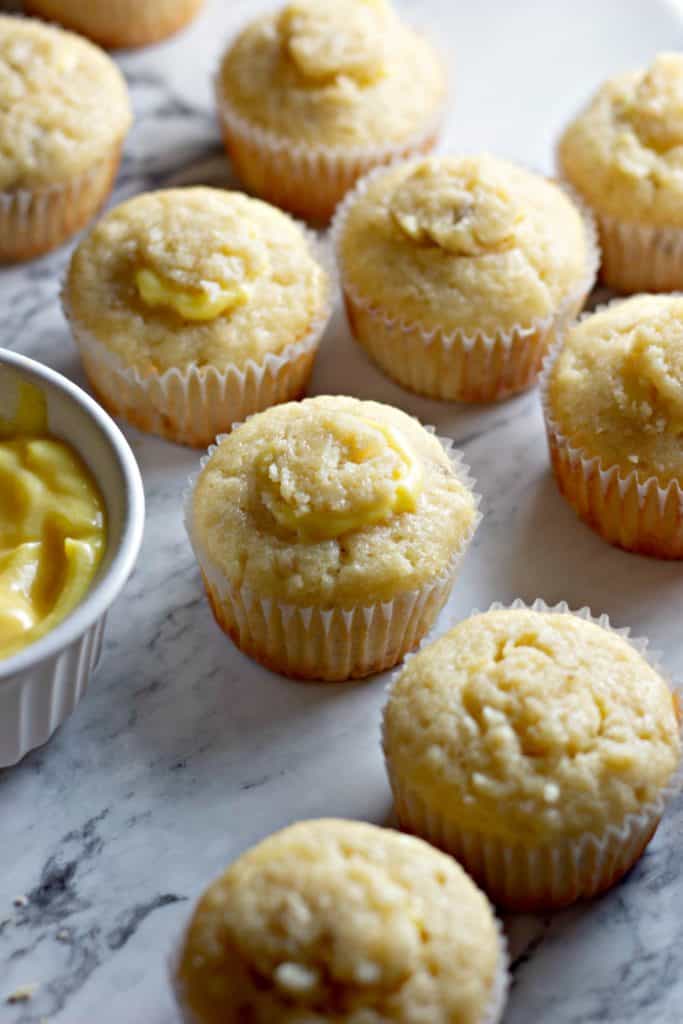 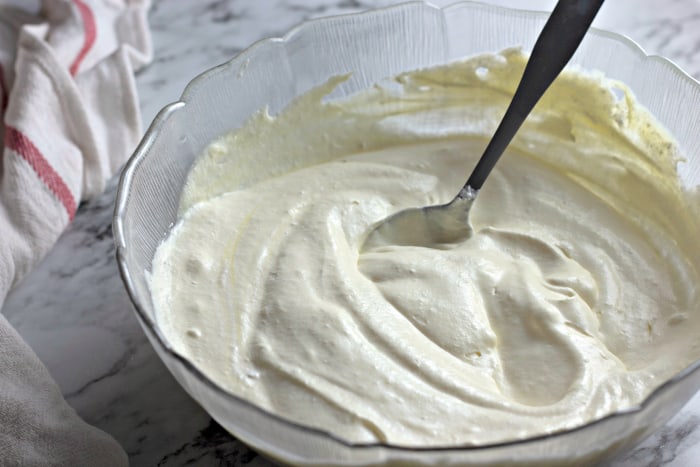 Dollop the pudding/Cool Whip mixture on top of the cupcakes. 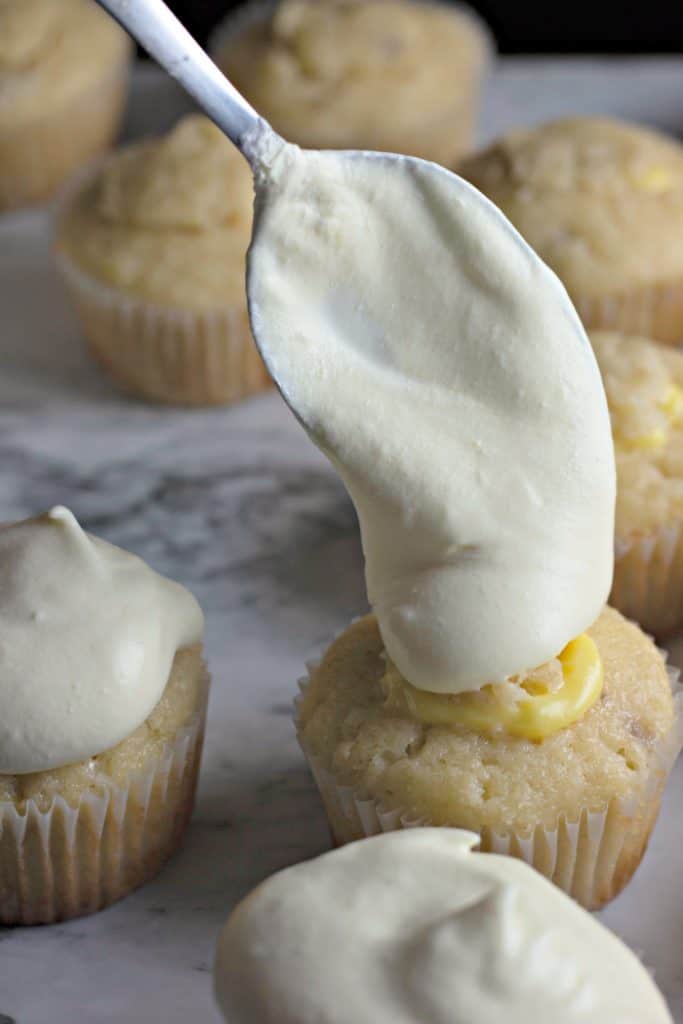 Add a Nilla Wafer to the top: 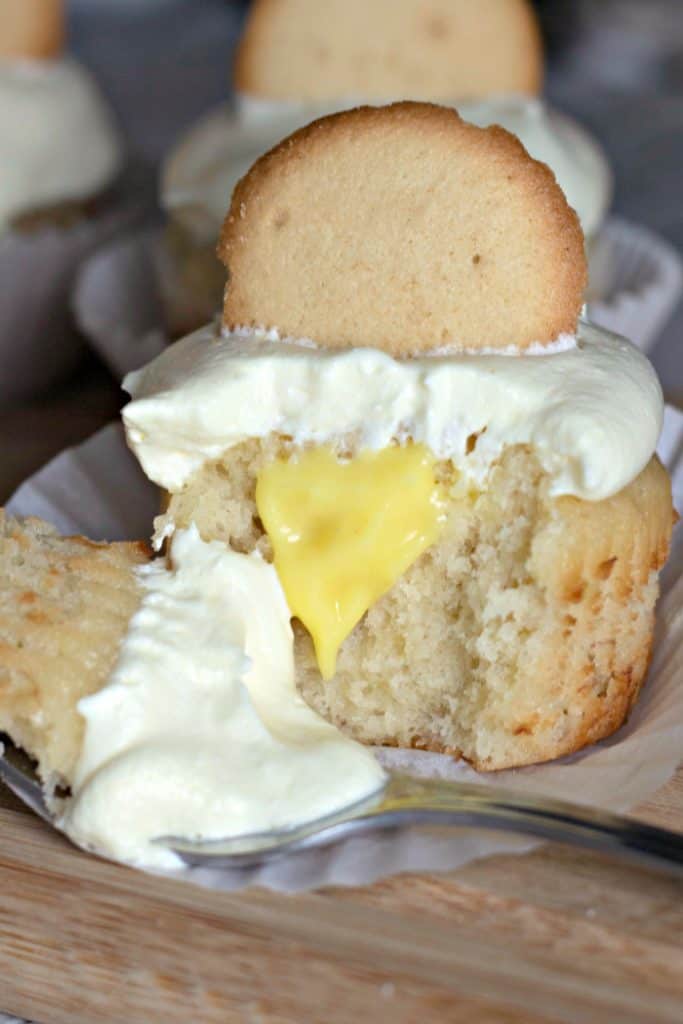 Serve the cupcakes immediately, or refrigerate until serving. 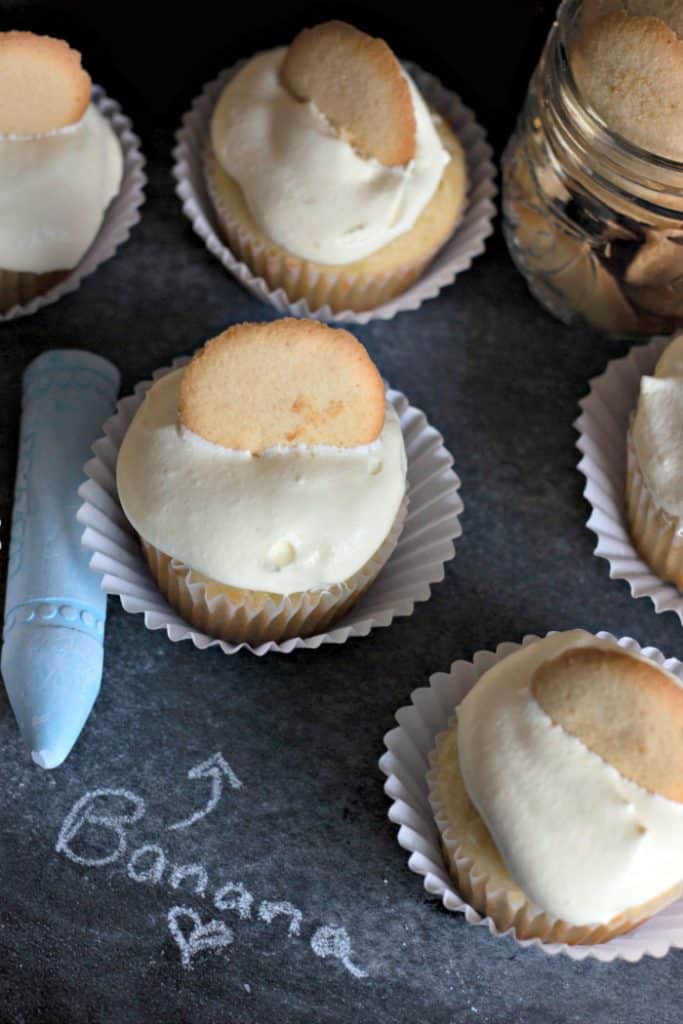 Banana Pudding Cupcakes are based on the classic Nilla Wafer banana pudding dessert. A perfect banana cupcake filled with vanilla pudding and topped with a dollop of Cool Whip blended with pudding then garnished with a vanilla wafer… what’s not to love!

How did you like our Favorite Banana Pudding Cupcakes?

After you make the banana pudding cupcakes, come back and tell me how you like them! You can leave a comment and recipe rating in the comments section below. You can also click here to see this on Pinterest and leave a comment there or even your own picture of your dessert. Another option would be to tag me on Instagram @MomNeedsChocolate. Can’t wait to hear from you!

If you like this recipe, here are some other top Mom Needs Chocolate favorites to check out: 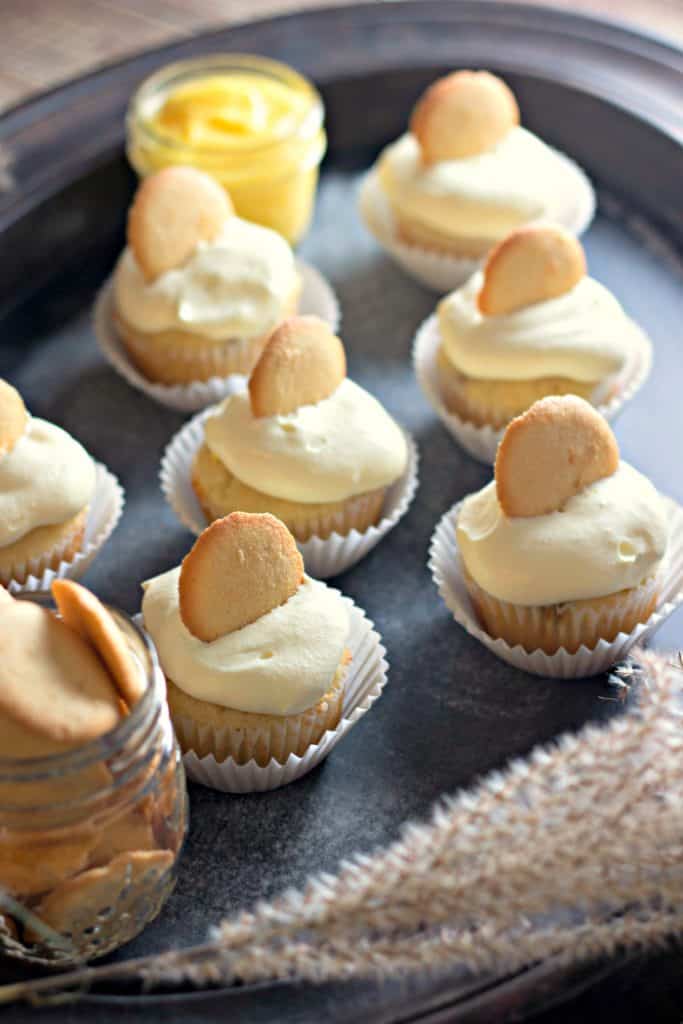 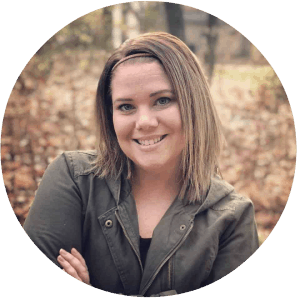 Simple questions such as “What’s for dinner?!” can be overwhelming for already stretched-to-the-max busy women. Mom Needs Chocolate exists to help you answer the everyday questions while refueling your energy tank with inspiration, practical life applications, incredibly useful products, and the knowledge that you’re not alone in your efforts to create a beautiful life for yourself and your family.